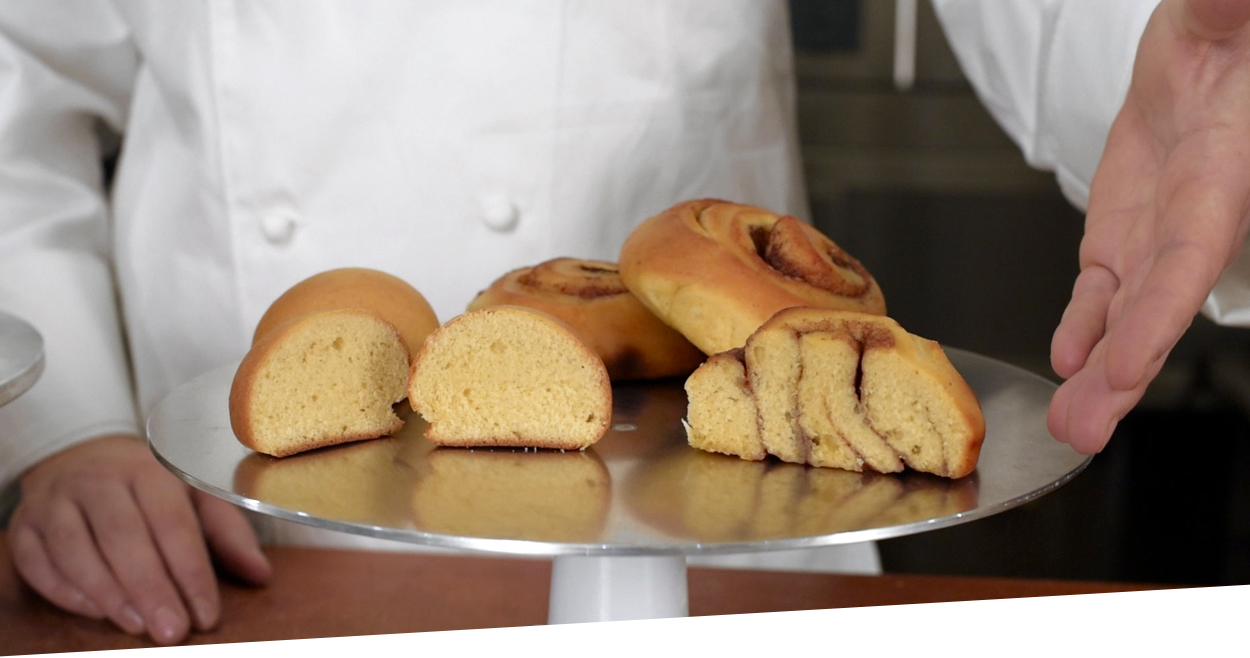 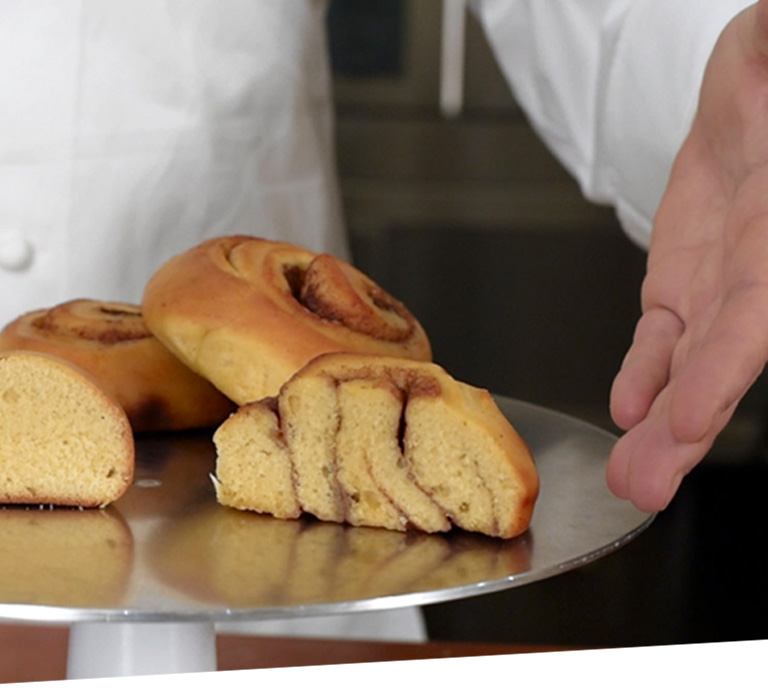 Yeasted sweet dough applications are diverse and include such products as cinnamon rolls/buns, challah, brioche and other enriched loaf breads. As a lasting favorite, the category has seen continued growth in recent years, with sweet doughs/dessert bars showing the highest sales growth in recent years, according to IDDBA (Sloan 2016). The research team selected generic sweet dough without roll-in fat to test egg replacers in applications, baked into both small rolls and cinnamon buns, due to the known functionalities of eggs in these applications.

The sensory evaluation results from panelists on the organoleptic attributes of the sweet dough were consistent with the findings of the objective analytical test results. Overall, changes in quality from the reduction or removal of egg products in sweet dough were slight but noticeable. The areas of sweet dough quality most negatively affected when eggs are removed and/or replaced included dough quality and baked good color, crumb size, aroma, flavor and texture.

The egg replacer formulas were never fully developed after mixing completion and were overly dry, indicating egg replacers may interfere with gluten development and moisture content. 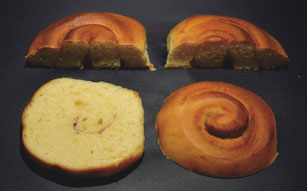 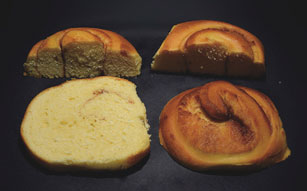 For this study, eggs were reduced and/or removed from the sweet dough test formula and substituted with products marketed as egg replacing ingredients for food manufacturers. The team followed manufacturers’ suggested usage level for egg substitutes in sweet dough, which ranged from 50 to 100 percent replacement. The research team then conducted common analytical tests and sensory panelists evaluated organoleptic properties of the finished samples.

Sweet dough is typically mixed in a bowl mixer with a dough hook with the primary objectives being, ingredient distribution, flour hydration and structure building through gluten development. Proofing is an additional step in sweet dough production. In this study, the sweet dough was proofed only once. Sweet dough was portioned into both rolls and cinnamon buns for testing.

The dough and finished samples were tested for the following as appropriate:

*This photo represents only 1 of 5 egg replacer products. 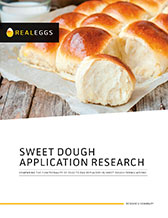 For a copy of the complete 59-page research report with further study background and detailed findings, please call Elisa Maloberti at 847.296.7043 or