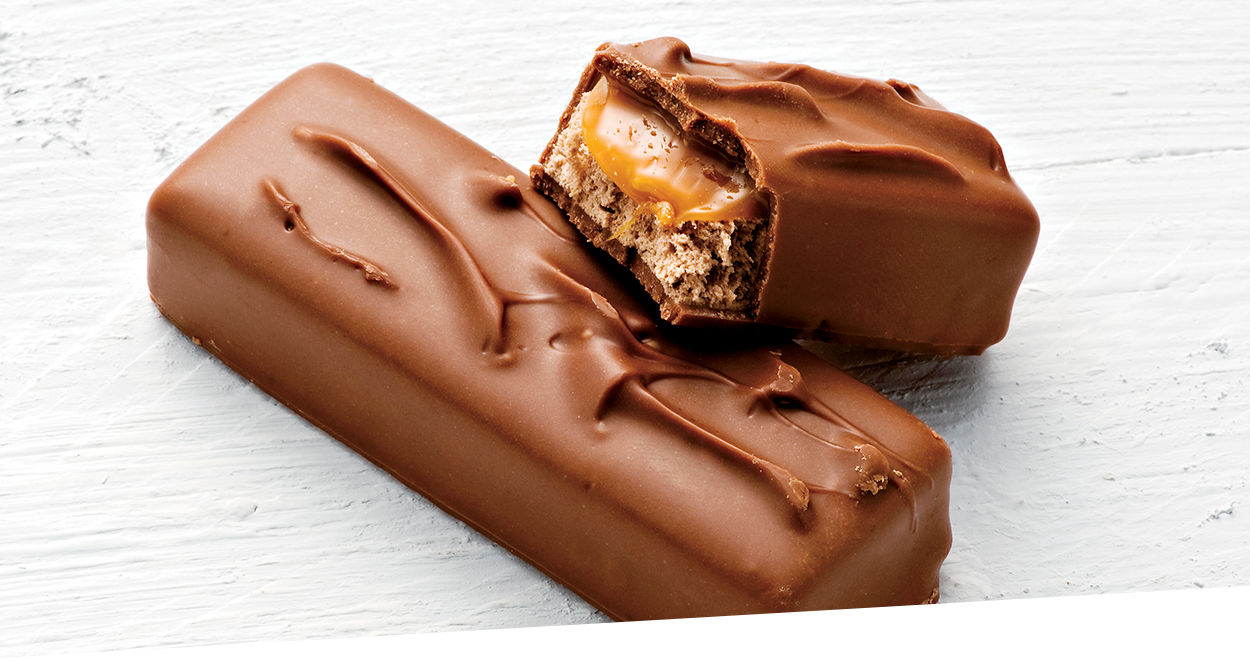 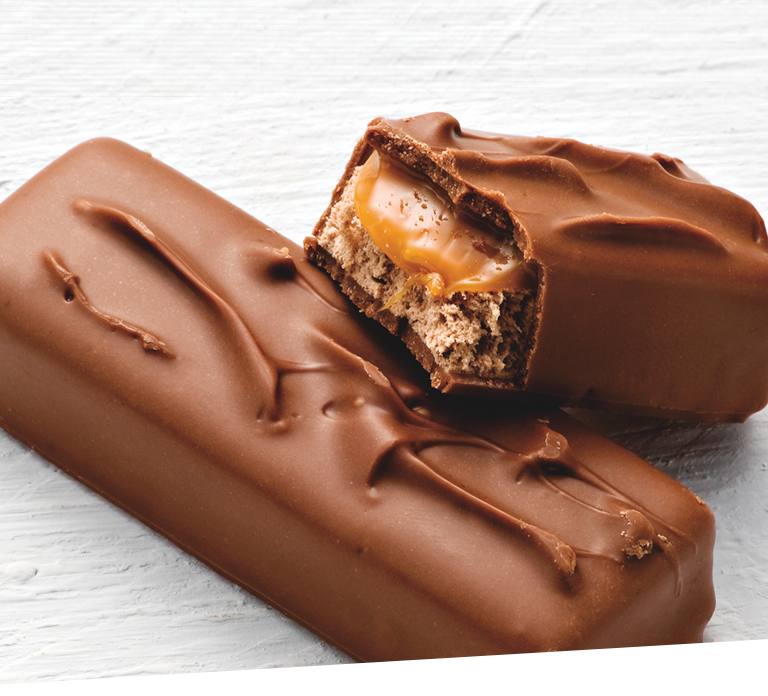 The U.S. confectionery category is a significant revenue generator, with chocolate sales increasing by 2.46 percent for a total of $13.3 billion in 2015 (Soley, 2015). Nougat may not be familiar to Americans as a stand-alone confection, but it is an important part of many chocolate candy bars. Nougat has been made since ancient times and in its simplest form is an aerated, syrup-based confection of whipped egg whites and cooked honey or sugar syrup. Depending on formula and processing method, nougat may be firm and chewy, as seen in traditional European recipes, or light and soft, as is typically found in American candy bar formulations. Because soft, light chocolate-flavored nougat is widely used in many popular American candy bars, it was selected for testing.

The use of ingredients to reduce or replace eggs in nougat can be a challenging exercise for confectionery manufacturers. Panelists’ sensory evaluation results on the organoleptic attributes of the nougat test formulas made with real egg whites and egg replacers were generally consistent with the findings of the objective analytical test results.

Attributes less influenced by egg reduction, included color, cell size, aroma and water activity. Tasters unanimously preferred the Control to the Test formulas. Its characteristic cocoa brown color, fluffy, light texture and balanced flavor won panelists’ approval as the most appealing nougat. It was neither too hard nor soft, and its structure was tender in the mouth, yet firm and pleasant to chew. 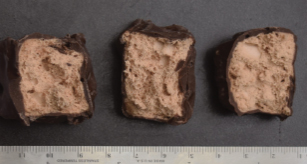 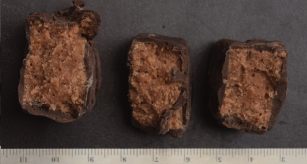 For this study, egg whites were reduced and/or removed from nougat confection formulas and replaced with commercial egg replacer products at the manufacturers’ suggested rates. The recommended egg white replacement level varied from 50 to 100 percent.

Precision and control of environment at each step of the process is vital to confectionery production. First, the egg whites are whipped until a foam is created, then powdered sugar is added to the egg whites while whipping to stabilize the foam. At this point, the mixture is referred to as a frappe. Due to the detrimental effect of fats on egg white foaming, it is critical that all mixing equipment and utensils be clean and completely devoid of any oil or fat. Meanwhile, a sugar syrup is cooked and then slowly added to the prepared frappe. Additional powdered sugar is added, along with cocoa powder and salt. Lastly, melted palm shortening is slowly added to the mixture, so as not to deflate the mixture. Once the nougat is homogenous it is deposited into prepared sheet pans to set before being sliced and further processed into candy bars.

Samples were all prepared in the same conditions, in the same standing mixer and on the same day. Consistent batching, portioning and processing procedures were used to limit variables. Each test was batched in the same mixer using standardized mixing procedures. The pans used were identical and each was prepared for portioning in the same manner. Mixing times were not adjusted or optimized for each test formula, instead a standardized time was used to ensure each test saw the same conditions. Egg replacing ingredients were added as specified by the manufacturer. The nougat samples were analyzed using industry standard, category-specific tests.

The nougat samples were evaluated as follows:

*This photo represents only 1 of 6 egg replacer products. 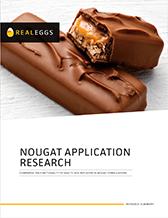 For a copy of the complete 61-page research report with further study background and detailed findings, please call Elisa Maloberti at 847.296.7043 or