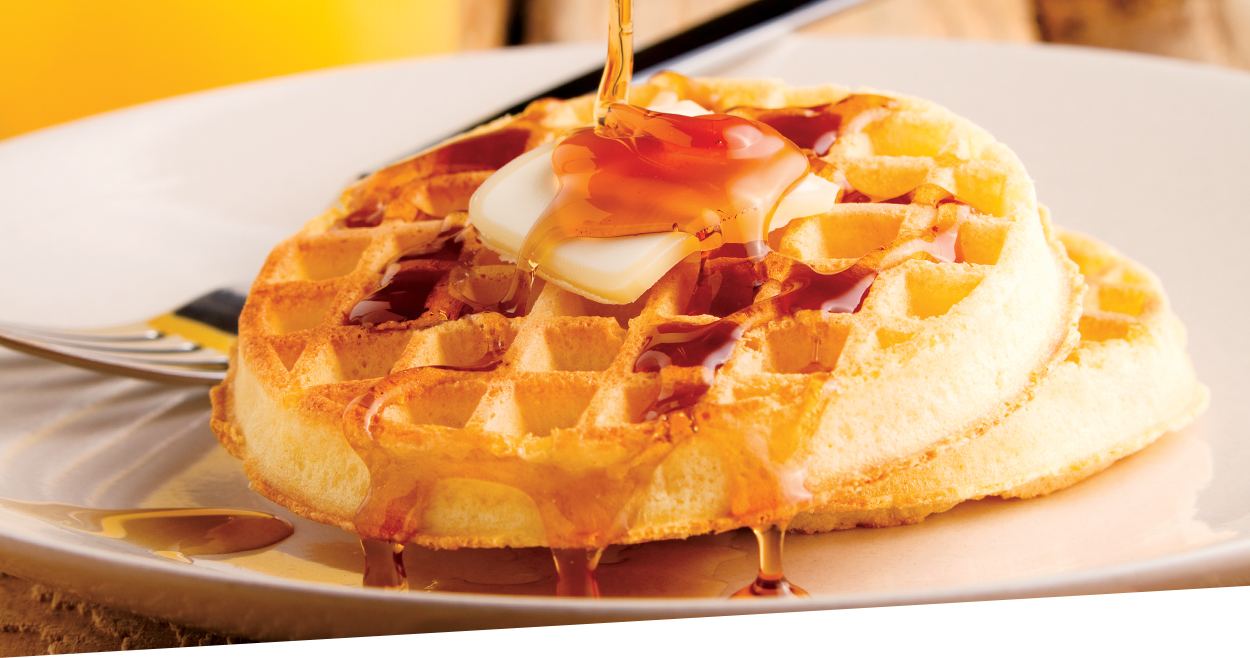 The sensory evaluation results from panelists on the organoleptic attributes of the waffles tested were generally consistent with the findings of the objective analytical test results. Overall, not a single egg replacement product performed as well as or better than real eggs in all attributes assessed. Changes to frozen waffles with reduced egg content were slight, but noticeable.

The areas of waffle quality most negatively affected when eggs are removed and/or replaced included batter viscosity, waffle appearance, color, aroma and flavor. 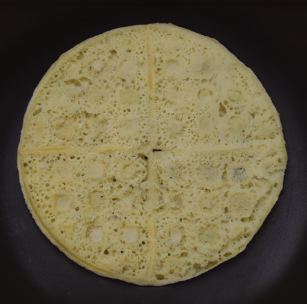 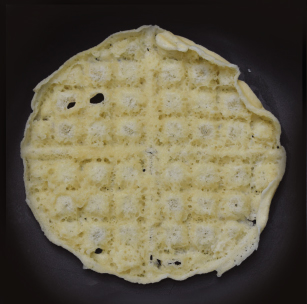 For this study, eggs were reduced and/or removed from a frozen waffle formula and substituted with products marketed as egg replacing ingredients for food manufacturers. The team followed manufacturers’ suggested usage levels for egg substitutes in frozen waffles, which varied from 50 to 100 percent. Both the batter and cooked, reheated waffles were evaluated using common industry-standard analytical and qualitative tests.

Waffle batter is typically mixed in one or two stages in planetary mixers, with the primary objectives being ingredient hydration and distribution without developing too much gluten. Excess mixing may result in tough waffles.

The waffle batter and finished, frozen and reheated waffles were tested for the following as appropriate:

*This photo represents only 1 of 8 egg replacer products. 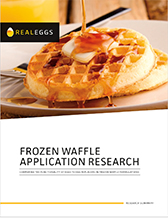 For a copy of the complete 60-page research report with further study background and detailed findings, please call Elisa Maloberti at 847.296.7043 or