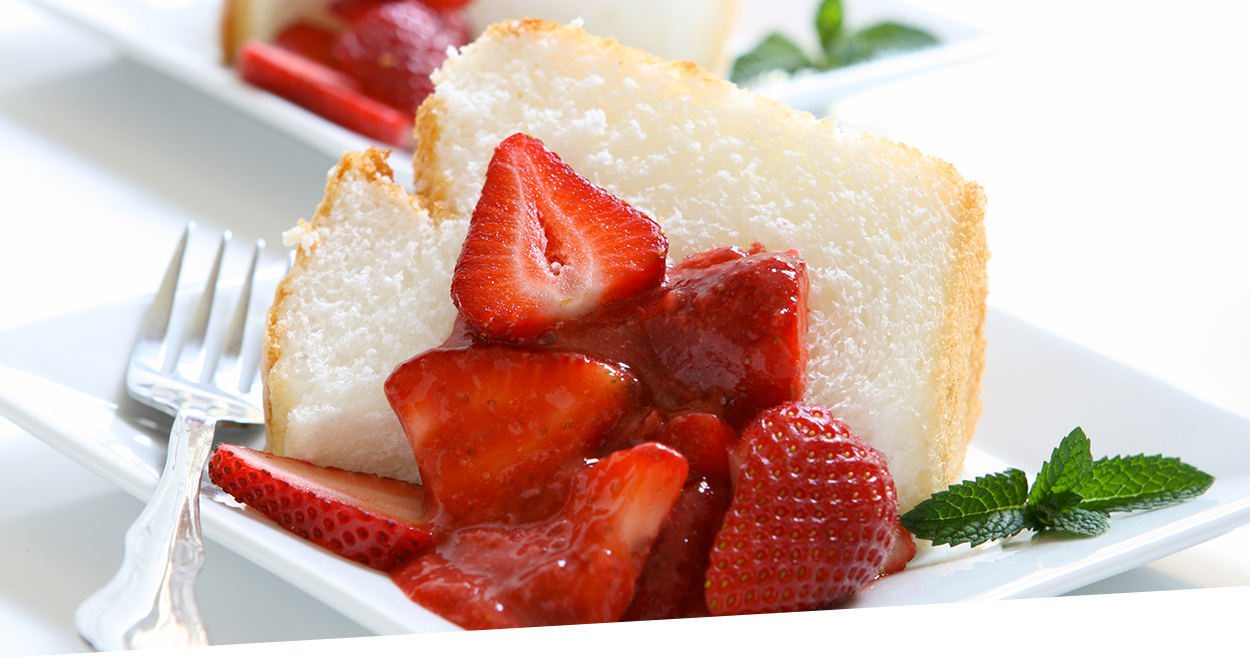 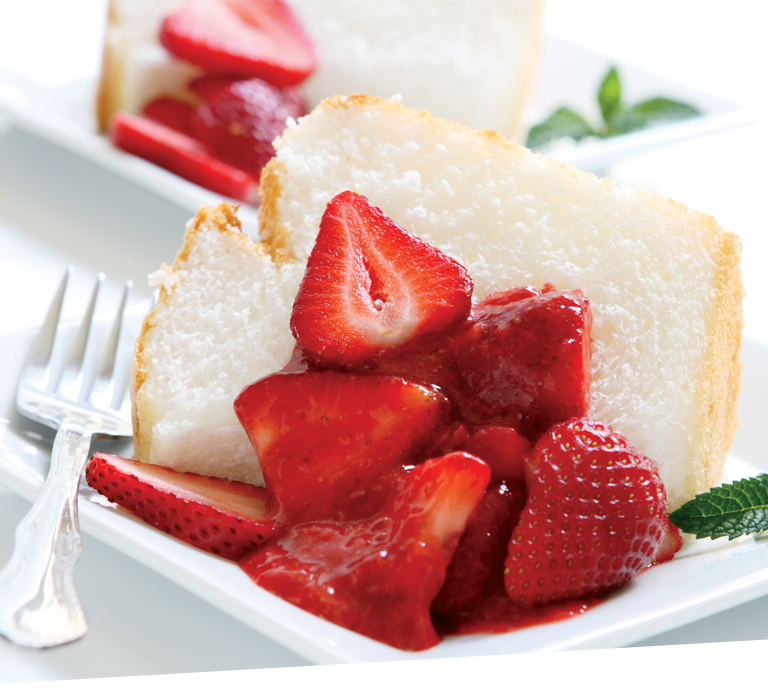 Angel food cake may be a small niche in the larger dessert category, but cake sales are growing at an astonishing rate; per market researcher IRI, total cake sales increased 7.04 percent from 2015 to 2016, amounting to $1.4 billion (Schafer, 2016). Recognizable desserts with simple ingredient statements resonate with consumers today, along with an increased desire for treats that are better for you. Angel food cake is inherently low in fat and simple in formulation. Because angel food cake is both universally available and neutral in flavor it was selected to test egg replacers in application.

The use of ingredients to reduce or replace egg whites in angel food cakes is challenging for even the most accomplished baker. The sensory evaluation results on the organoleptic attributes of the angel food cakes were generally consistent with the findings of the objective analytical test results.

Attributes less affected by egg replacement included batter viscosity, color, crumb uniformity, water activity and moisture. Tasters unanimously preferred the Control to the Test formulas. Its golden-brown color, high rise and sweet, neutral flavor won panelists’ approval as the most appealing angel food cake. It was neither dry nor moist, and its structure was tender in the mouth, yet firm and pleasant to chew. 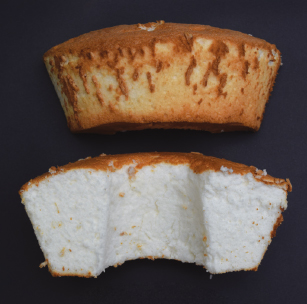 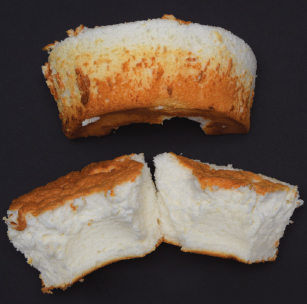 For this research eggs were reduced and/or removed from angel food cake formulas and substituted with egg replacers used at the manufacturers’ suggested rates. The recommended egg white replacement varied from 25 to 50 percent, and almost all manufacturers recommended keeping the ratio of moisture to dry ingredients the same.

The mixing procedure for the angel food cake batter is a three-stage method; first, the egg whites are whipped with the salt and acid until a foam is created. Then a portion of the sugar is added to the egg whites while whipping to stabilize the egg whites, creating a meringue. The remaining sugar is then sifted with the flour before being gently incorporated into the meringue in several portions. Once the batter is homogenous it is deposited into prepared cake pans. Due to the detrimental effect of fats on egg white foaming, it is critical that all mixing equipment and utensils be completely clean of any oil or fat. Egg replacing ingredients were added during the step specified by the manufacturer.

The angel food cakes were all baked in the same conditions, in the same oven, over the course of several batches. Consistent batching, portioning and baking procedures were used to limit variables. Each test was batched in the same mixer using standardized mixing procedures. Identical pans were used, and each was prepared for portioning in the same manner. Bake times were not adjusted or optimized for each test formula, instead a standardized time and temperature was used to ensure each test saw the same conditions. Both the batter and cooked, cooled cakes were analyzed using industry standard, category-specific tests. Batter analytical tests were performed immediately after mixing, while tests performed on the baked angel food cakes were performed after they had cooled completely.

Batter and cake samples were evaluated as follows: 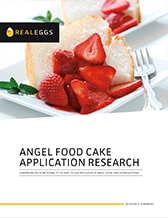 For a copy of the complete 89-page research report with further study background and detailed findings, please call Elisa Maloberti at 847.296.7043 or